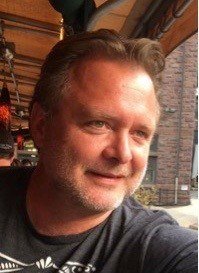 As I’ve mentioned in previous posts, when you’ve been in book publicity for twenty years, you see a lot. I certainly have.

In a time long ago, in a place not that far away, I had a motivational speaker/author client, who I’ll call “James.” James was a great guy, and he was having a great campaign; things were going exactly as we had hoped. I was getting him a ton of media coverage, his book was selling, and he was even getting multiple offers for speaking engagements as a result of his media exposure.

But James had an obsession: He just HAD to get on the Oprah Winfrey show. He wouldn’t be totally satisfied until he was on her show. He talked about being on her show every day. He called me every day to tell me.

To my horror, James had even talked at length about his obsession with being on Oprah while on another TV show interview I booked for him. I’m serious.

Of course, I had pitched Oprah’s producers, actually got a little bit of a bite, but nothing panned out.

James’ campaign was wrapping up. He called me to tell me had a surefire way to get on Oprah.

“Get ready for this, Dan!” he told me excitedly. “I’m going to ship myself to Oprah’s show. That will get their attention!”

I laughed and laughed, and told James I liked his sense of humor.

He then went on to tell me that he had researched and found a heavy-duty shipping box in which he could fit, and he would arrange cushions so he’d be comfortable. Air holes would be cut throughout the box. He would send himself overnight priority Fed Ex to limit his time in the box. It would be ok, he assured me, because he knew animals were shipped all the time.

“But you’re not an animal, James,” I said with disbelief, immediately reflecting on the fact that was a sentence I thought I’d never utter. “You’re a human being. And I really don’t think they routinely ship live, large animals, let alone people.”

He wasn’t deterred. “You need to think outside the box, Dan, come on!”

“I love thinking outside the box, James, but I don’t put people in boxes.” I wasn’t trying to be funny and didn’t realize the inadvertent joke I had made until after I said it.

He didn’t like the joke, and ended the conversation by telling me I’d be, “hearing all about him in the news soon.”

I was going to tell him he’d been all over the news anyway with the publicity he had gotten, but I stopped myself.

I never heard from James again, and I’m reasonably sure he was never able to FedEx himself to Chicago.

https://www.smithpublicity.com/wp-content/uploads/smith-publicity-logo-crop.jpg 0 0 Smith Publicity https://www.smithpublicity.com/wp-content/uploads/smith-publicity-logo-crop.jpg Smith Publicity2017-04-27 12:45:142021-11-28 01:01:48Thursdays With Dan: The Author Who Wanted to Fed-Ex Himself to Oprah