There’s no question that things can move very quickly during an active book publicity and marketing campaign. Especially surrounding the launch date of a new book, there is typically a flurry of activity, and authors can expect to be kept quite busy for the duration of their campaign with article writing, interviews, events, etc. These publicity efforts will boost visibility of the book and the author, position the author as an expert in their field (if applicable), grow the author’s audience, and more. But what happens after an active book marketing campaign wraps up? 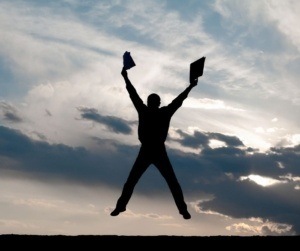 The answer is: a lot more than you may think!

Our experienced publicists advise authors and publishers that book publicity is more than a sprint… it’s a marathon. Media coverage and placements during the campaign are fantastic. Still, a truly successful campaign keeps up the momentum even after an active marketing program has concluded (though many authors find it so strong that they opt to work with their publicity team to keep the campaign going!). The work that is done before and during a book marketing campaign sets the stage for continued success, and there’s nothing we like to see more than authors who come back to us to let us know the various ways our work with them has impacted their long term success.

Recently, we received the following note of gratitude and good news from an author, Holly Maholm, with who we worked more than six years ago:

“Back in 2015, I hired Smith to help me promote a book I was self-publishing at the time. It was Brave in Ribbons. As part of those promotional efforts, the publicist at Smith asked me to write some short (600-800 word) articles on various LGBTQ subjects (I am a transgender woman). She placed several of those articles with local publications across the country, as a means to get my name out in front of the public as an author.

One of the periodicals that took one of my articles was GRAB Magazine, an LGBTQ entertainment bi-weekly published in Chicago. Then GRAB asked me to continue to write for them as their sort of “staff transgender writer.”

So beginning in early 2016, I began to write articles of 800 words that are published under the byline “Grab Holly.” GRAB’S print-run is 12,000 copies per issue.

Well… I am still writing for them, five and a half years later! And now I have published a collection of many of my articles in a book (available on Amazon) titled Offered Magic: My Life Among the Unicorns.

In September 2016, I wrote an article that started a story of Holly (a completely fictional trans woman) who happened to meet a Magical Unicorn! Soon Holly was invited to meet all the other unicorns, and the story progressed from article to article for 126 episodes (from September 2016 to June 2021), recounting Holly’s experiences with the unicorns and her LGBTQ friends.

“Grab Holly” has turned into a continuous, open-ended serial with ongoing characters, locations, events and challenges. The series continues today, and it promises to continue for so long as the unicorns and I find fun and humor in our little town of Wellington. So that is my unexpected success with Smith Publicity – which I think would be a surprise even to the executive who helped me get my “foot in the door” in the first place!”

Though Holly came to us to promote her book, which we worked with her to successfully do, the effects of her book marketing campaign were longer lasting and further reaching than she could have anticipated and she is now a regular columnist. We are thrilled for her success.

After a book publicity campaign wraps up, the author’s publicist at Smith Publicity will continue to send over media inquiries received for the author indefinitely. We often receive media requests weeks, months, even years later (our record is 4+ years!) – a testament to the fact that media does, indeed, keep our pitches and an author’s information on file and refers back to them when they need an expert to weigh in or are able to cover the book and/or author.

The ongoing work authors do to support their book marketing efforts also cannot be understated. Authors grow their reputations as reputable, go-to sources by being willing to write articles, weigh in on various topics, keep in touch with media contacts, participate in interviews, etc. In many cases, it can mean increased book sales, an elevated professional platform, more business, or exciting new opportunities as a regular contributor/columnist like Holly.

There is nothing we love to hear more than long-term success stories. While it’s true that our passion is to make good things happen for authors, it’s made all the more gratifying when those good things help to change the course of our authors’ lives for the better, enduring for years to come.