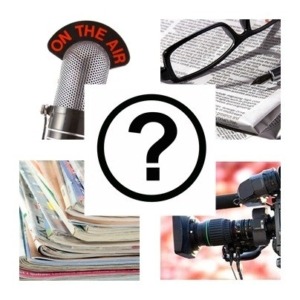 In the earlier days of book marketing and publicity, things were simpler. A book publicist had four clear segments to pitch: radio, TV, newspapers, and magazines. These four comprise what is regarded as traditional media. Even though the digital revolution has upended the marketplace, traditional media continue to have considerable value in helping to publicize books.

Today’s most influential book marketing campaigns combine coverage in traditional media with a robust online presence. The combination is more potent than ever before and explains why today’s bookselling marketplace supports more titles in print than ever before. But the competition is fierce, and authors today need professional book promotion services more than ever to succeed — with traditional media and beyond.

It’s a much expanded time of opportunity for book marketing that includes traditional media and so much more. Lines are blurred, new media has exploded, and blended media is rampant. There’s Internet TV, Internet radio, interactive blog tours, TV shows played on satellite radio, and radio shows on TV, social media, and on and on. And of course, almost every radio or TV interview, or newspaper or magazine article ends up on the Internet, where it stays forever.

So what does it mean for authors promoting their books? The bottom line is that it’s all good. More media options mean more avenues for author promotion. Moreover, it means that much of traditional media has been enhanced to have even a more significant impact. For example, a conventional TV interview on a local or national show airs as usual. Then a link to that interview almost always appears on the station’s or show’s website. Then, that link is used to populate social media sites.

Think about it: a traditional radio or TV interview, or newspaper or magazine article, is seen or read when the piece is aired or published, becomes available to an unlimited audience on the Internet, and then is circulated more through social media platforms.

Given the dominance of the internet and the fierce competition in the bookselling marketplace today, authors and publishers need multi-faceted book promotion campaigns.  The most effective ones maximize exposure online — websites, blogs, social media — with traditional media coverage. One of the other enormous benefits of convention book publicity is to repurpose it online. For example, a link to a TV interview is impressive for an author to post to a social media account. Also, virtually all media today have websites and run the same stores and interviews online that they broadcast and print.

What is most crucial when planning a traditional publicity campaign for a book is making sure it reaches target readers. The same thing needs to happen with the campaign’s online components because unless they reach potentially interested readers (and book buyers), their effectiveness will be limited. As mass media audiences decline, viewers and readers consume more information online. But regardless of where they hear about something, a story or interview from a trusted media source makes a favorable impression and earns their interest.

Conventional book publicity via traditional media coverage isn’t passe, and it isn’t dying. Media coverage for book marketing has joined the new frontier, and it’s more powerful than ever when combined with online exposure to spread the word about a book or author and spark sales. 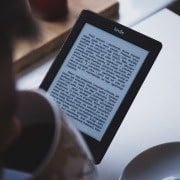 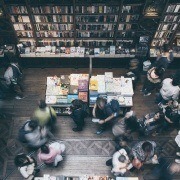 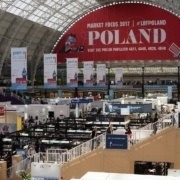 How to Prepare for Book Trade Shows 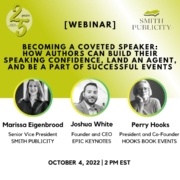 How Authors Can be In-Demand Speakers – Book Marketing Webinar