Welcome to Smith Publicity’s Industry Innovations Series! In this new 12-part blog series, the team at Smith Publicity will explore a variety of industry-related topics: from the evolution of self-publishing to the explosion of podcasts, to social media and how it’s changed book marketing, and much more. Each month, we will discuss how different innovations have evolved over time and the impact they’ve had on our work as book publicists, as well as the industry as a whole. Let’s dive in…

Back in late 1997 when I launched Smith Publicity, the self-publishing/digital revolution was in its infancy. Over the next twenty-plus years, it became arguably the most significant development in the history of modern book publishing. 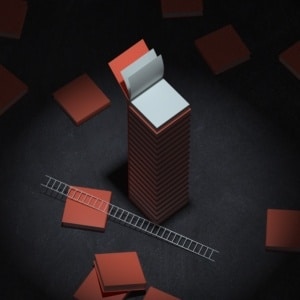 But self-publishing certainly didn’t begin in the late 1990s; it’s been around for over 100 years. Literary luminaries including Mark Twain, Edgar Allan Poe, Upton Sinclair, and Walt Whitman self-published some or all of their books.

The term vanity publishing was first used in mainstream media in 1941. A very early Smith Publicity client was published by Vantage Press, one of the most well-known and perhaps notorious, classic vanity publishers. Vantage ceased operations in 2012, but for decades released hundreds of books each year.

The self-publishing revolution was made possible by print-on-demand (POD) technology. The technology had been available for decades, and modernized techniques and cost-effective advancements spawned the explosion. POD enabled books to be printed when orders were placed. Print runs of thousands of copies – which small publishers do for both supply reasons and because higher print runs cost less per book – were no longer necessary. Self-publishers were able to “publish” a book without any copies printed, and then sell copies to their author-clients in any quantity. For authors to promote their books and get them on major bookselling platforms, they had to purchase bulk amounts. Self-publishing companies realized they could make a good profit by simply printing books authors needed and which the author had paid to be created in the first place.

Some of the earliest self-publishing companies included Infinity Publishing, Trafford, iUniverse, and AuthorHouse. Some of these companies began churning out hundreds, then thousands, and then tens of thousands of books each year. The floodgates were open. No longer did a handful of major traditional publishers determine what books were worthy of reaching the market.

Publishing had been democratized.

I’ve called self-publishing book marketing the best thing that ever happened to publish because outstanding writers who couldn’t secure an agent or publisher were able to see their books come to life. Previously unseen literary gems could now be enjoyed by the book-buying public. I’ve also called self-publishing the worst thing that ever happened to publish because anyone could get their book published. Literally… anyone.

The market became flooded with books, many of which were inferior and often simply awful. Quality meant absolutely nothing to the self-publishing companies—they just published what authors submitted to them and paid for.

I remember books crossing my desk with glaring typos on the covers, hideous book covers, and sometimes as many typos as there were coherent sentences. Some of these books were barely recognizable as being actual books.

But along with the bad books, many good ones, and some outstanding ones hit the market, including books that would later be picked up by traditional publishers and even made into movies. Fifty Shades of Grey, perhaps the biggest publishing phenomenon ever, was first released as an e-book and POD paperback in May 2011 by The Writers’ Coffee Shop, a self-publisher based in Australia. (Smith Publicity later promoted several books published by The Writers Coffee Shop.)

Many of the early self-publishing companies realized there was even more money to be made by offering ancillary services such as author promotion, book marketing services, book signings, and more. There was nothing wrong with this, but many of these companies provided over-priced, low-quality services carried out by people who were not experts in their fields. Too many times I spoke with authors who had spent well over $10,000 on services that, for example, included a package of bookmarks, postcards, and flyers, an email blast to a list of purported book buyers, and perhaps a press release put out over a wire service.

It was the best of times for book publishing and in some ways the worst of times.

A fascinating development during the rise of self-publishing was something no one, and I mean no one, in the industry ever thought would happen. Some traditional publishers joined forces with self-publishing companies. They created joint self and semi-hybrid publishing imprints that enabled authors to benefit from having the name of a “real” publisher associated with their book. From a business perspective, it was brilliant: they monetized rejected manuscripts. Perhaps an author wasn’t totally ready for the “big leagues” of traditional publishing, so they were sent to the minor leagues to prove their viability, and more importantly, produce another revenue stream for traditional publishers.

Without this crazy time period, Smith Publicity would have never started. In the very early days of the company, it was POD, self-published authors who enabled me to launch. There were so many books being released and so many authors needing book publicity help; my “accidental” foray into book marketing (fodder for another post!) benefitted from fortunate timing.

Things improved and stabilized over time in self-publishing book marketing. More publishing options emerged although differences between them could be minor in some cases. There was “cooperative” publishing, “author-assisted” publishing, “indie author” publishing, and true independent publishing in which an author would create their own publishing company. And then, more recently, hybrid publishing emerged.

Generally speaking, if authors have sufficient budgets, more and more now turn to hybrid over self-publishing.

Smith Publicity has evolved in step with the changes in self-publishing and publishing in general. In the early days, we were able to draw prospective clients from a much larger pool and prove the value of our work by getting outstanding publicity for self-published authors.

Today, our client roster is reflective of the current state of the publishing industry. We promote high-quality independent and self-published books and also work with many of the largest traditional publishing houses.

As readers, we’re able to work with authors who find their way to market in different ways.

It’s impossible to predict the future of self, hybrid and traditional publishing. If the last few decades have proved anything, it’s that anything is possible in the ever-evolving, fluid, and fascinating world of book publishing.

Written by Dan Smith, Founder, and CEO of Smith Publicity