In book publicity, it’s tempting to sit back and wait for publicity to do its thing. After all, your book has been featured in newspapers and magazines, you’ve been interviewed countless times on radio programs, appeared on TV, and even enjoyed some glowing published reviews. Now, you might think, it’s time to sit back and watch the book sales rack up and your book rocket in popularity.

But, the reality is that simply getting publicity is no longer sufficient. Record numbers of books are being published every year, the competition for attention is intense, and well, it’s just not like it used to be. The game has changed, and it’s time to change your way of thinking about publicity.

This game-change, however, has also opened up new opportunities for authors beyond book sales. Books are now being written and published for various purposes, and the media exposure secured can be the catalyst for success in new and exciting ways.

Publicity isn’t an end; it’s a beginning; it’s now more of a tool than a process. To maximize the benefit of media exposure in today’s market, you have to use your publicity. To paraphrase a famous American president, “Ask not what publicity can do for you, but what you can do with your publicity.”

The following are tips to get your mind thinking in a new direction when it comes to your book and publicity; your imagination only limits the possibilities of what you can do.

Website: When you get media coverage, put it on your website immediately. Create an engaging and interesting media page on which you showcase your coverage. Create audio links to radio interviews, video links for your TV appearances, and list all of the print coverage you’ve received. Creating hyperlinks to archived coverage, and remember that virtually all media outlets now have online equivalents or supplements. In most cases, MP3 or similar audio files and videos will already be created for you by the media outlet; you have to link to it.

Social Networking: Announce every interview or article about you or your book to the online world via social networking sites such as Facebook, Twitter, and the scores of other sites. You made a radio interview, Tweet about it, and list on all your social networking outlets. If you haven’t already, find the special interest networking sites out there; join them, and let them know what you’re doing.

YouTube: YouTube has become a powerful tool to spread word-of-mouth awareness about a person or book.  Add a clip of a TV interview to YouTube, and make sure you include keywords so when people search, they find you. Why not make a short video of yourself describing your book and display print coverage you received?

All of these components are key to maximizing the benefits of an author publicity campaign.

2.) Use media exposure as a tool to get more exposure.
Contrary to what you might think, media outlets often become interested in an author or book when a producer or editor hears or reads about it from another media outlet. Why do you see authors become buzz-worthy media items, heavily requested for interviews? Because once media professionals are no different than anyone else. If they hear about someone interesting, they are going to be interested. Except for hard news, i.e., breaking, explosive stories, media outlets consistently cover the same subjects and people.

If your local newspaper, for example, writes a story about you, then why not tell a national or much larger regional paper about it? Send them a clipping of the story, show them you’re interesting, and they might want to cover you as well. If you’re interviewed on a small radio talk show, why not send a BBC producer a link to your interview?

When it comes to TV, most producers of mid to large programs want to see a potential guest on-air before booking an interview. You can use a local TV interview to demonstrate to another producer that you can handle yourself on the air and are an excellent guest. Sending an e-mail link is the most convenient way for a producer to review the video.

3.) You’re an author; people are talking and writing about you, you’re unique; use it to enhance your professional advantage.

Even with the explosion of self-publishing and more people than ever publishing books, the vast majority of people have not written one. Whether you realized it or not, you’re special, you are unique, and people will look at you differently because you’ve written a book. Most importantly, the media coverage you secure makes you more than special; it gives you credibility and makes others view you as important. Whether you’ve penned a novel or written a business advice book, you can use that book to enhance your career.

Example #1: You’ve published a novel and have received great media exposure, and you’re in competition at the workplace for the next promotion. Why in the world wouldn’t you let your boss know about the interviews you’ve completed or the print coverage you’ve received? Inevitably, he or she will be impressed, and in their mind, you’ve become different and separated yourself from others. Your status as an author can only help improve the image others have of you.

Example #2: You’re a business consultant, and published a book displaying your expertise on the subject of your work, and have enjoyed a stunning amount of media coverage. You and another consultant are vying for a lucrative contract with a firm. Along with your other marketing materials, you submit a copy of your book and examples of your press coverage to the person or people who will make the hiring decision. Your competitor has similar credentials, but no book and no media “credentials.” Who do you think has a better chance of getting that contract?

When it comes to resumes, when one includes the typical information, education, work experiences, etc., but also articles written about you and your book, there is no doubt the interviewer will be impressed and put your application at the top of the pile.

4.) Make you and your book more appealing to agents and publishers.

Authors are increasingly going the self-published route first and the traditional publishing route second.  Self-publishing is no longer the ugly stepchild” of the publishing industry, and agents and publishers are taking notice and offering publishing contracts to self-published authors who’ve proven their merits. But simply writing and publishing a book isn’t enough. High sales numbers will certainly open eyes, and media coverage will too. The classic query letter to an agent or publisher can be transformed into a magnet for attention if accompanied by press clippings and media coverage highlights. Your odds of getting the attention of an agent or publisher increase substantially if they see that others have already taken an interest in you.

5.) Make you and your next book more appealing.

Even the most famous authors rely upon previous media coverage to enhance the appeal of their next book. You can do the same thing. Pull quotes from articles or reviews and put them at the top or bottom of your book cover. Put As Featured In … if you received coverage in substantial outlets or were interviewed on well-known shows.

The idea is straightforward: If your previous book received acclaim and positive media feedback, your new book must also be good.

One thing to keep in mind: For book covers, it’s best to include quotes or a listing of interviews completed if these are from mid-level to large media outlets. An endorsement from your tiny local newspaper — although great publicity for your book  — probably won’t mean much to book buyers all over the country or world.

Too often, authors — and publicists — forget to have fun along the way and after book publicity and book promotion campaign. You worked hard; why not show off and have some fun? From simple things, like framing an article about you in your office, to sending copies to friends and family, promotion is all about showing off. It’s hard for some people to draw attention to themselves — it can feel awkward — but you need to shed your fears and tell the world.

Why Do Authors Choose Smith Publicity? 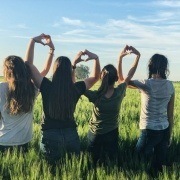 The Latest News in YA Book and Promotion 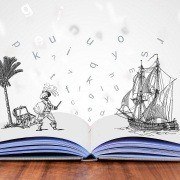 3 Ways to Promote Your Children’s Book 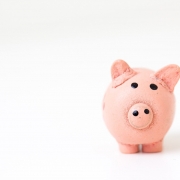 5 Ways to Promote Your Book on a Tiny Budget 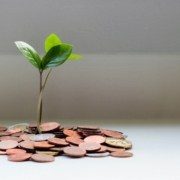 Is Book Publicity Really Worth It? 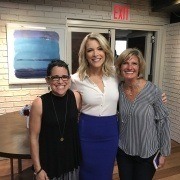